Stephen Law’s Evil God Challenge is a new take on the problem of evil. The challenge is to ask theists why it’s more reasonable to believe that there’s a good God (accepting the standard theodicies for the problem of evil) than it is to believe there’s an evil God (accepting flipped theodicies, for example, that evil God created us with free will so that we could freely choose to do evil).

Law has been dealing with responses to this challenge ever since his debate with William Lane Craig. On his blog, he mentions a conversation with Glenn Peoples. That blog entry attracted a few comments, so I joined in.

What does good mean?

There’s been a lot of chat about just what Law means by good or evil, how this is “grounded” and so on, as theists often want to say you cannot have meaningful morality if there’s no God (there’s no reason to suppose this is true, as far as I can tell, but it’s psychologically appealing even to atheists). Law says he’s using the terms in a “pre-theoretic” sense (I suspect because he doesn’t want the whole thing to turn into an argument about meta-ethics). Interestingly, I found a quote from Craig which says that theists shouldn’t argue that atheists can’t meaningfully use moral vocabulary, so I commented on that: it seems perfectly reasonable to use terms like (morally) good in the common sense way, or to point to cases like gratuitous suffering and call those evil (in fact, Law says he can make his challenge about suffering rather then morality: the challenge is then why it’s reasonable to believe there’s a God who doesn’t want us to suffer unnecessarily, I guess).

I’ve also been responding to some comments by someone called BenYachov. He’s been arguing that if you believe in the God of Thomas Aquinas (which apparently is the official God of the Catholic church), Law’s challenge won’t faze you. I was trying to tease out why. BenYachov claims that God “grounds” moral goodness but isn’t himself a moral agent (a moral agent being something which is capable of acting on moral considerations). As Thomist God is not a moral agent, he cannot be said to be morally good or morally evil. Nevertheless, he is still Good in some sense related to “grounding” all goods and being perfect (the Thomists seem to like to use lots of Capital Letters for Significant Concepts).

I wondered at this Thomist God’s “goodness” if it means nothing like moral goodness. I went on to say that this God is morally alien. He’s a bit like what happens when weird aliens build an artificial intelligence. I was also still not sure what it means for Thomist God to “ground” moral goodness as he’s not morally good, only Good: as I’ve said before, the word “ground” should be a red flag in debates like these, as it often means the other person is skating over something for which they don’t really have a good explanation. Finally, I responded to another comment of BenYachov’s, by saying that there’s no reason to worship something because it created you or because it’s mysterious.

I get the impression that there’s a lot of work being done by Capital Letter Concepts in BenYachov’s world, and a lot of trading on different meanings of the world “good”. There’s also the weird idea that these meanings have something in common and that there’s an attribute called “Goodness” which somehow incorporates them all. This seems a bit like what Jaynes calls the Mind Projection Fallacy, the idea that every property we perceive in something is out there in the world. 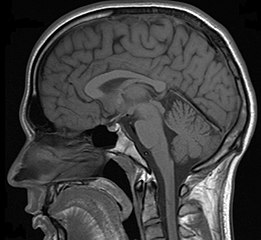 Over on Metafilter, there’s a section where people can ask questions. Someone recently said they’d been talking to their father-in-law about religion and philosophy and ended up accidentally de-converting him from Christianity. Now the mother-in-law is trying to cut her daughter and son-in-law off. I posted a response trying to explain what the in-laws might be thinking, and suggesting that the best way back with the mother-in-law might be to talk about seeking truth.

livredor posted about brain sex differences and fat acceptance. I commented: I think the popularisation of research into neuroscience and evolutionary psychology leads to unscientific statements (see also this Less Wrong article about one way to misunderstand it), but there’s also a set of feminists who don’t believe in innate brain differences between men and women because it contradicts their ideology, making them equivalent to creationists. In the case of fat acceptance, I was also a bit suspicious of activist claims that the medical establishment is wrong about fat being unhealthy being linked with the desire to see fat people treated more kindly. I owe livredor some replies there.

11 Comments on "Comments elsewhere on theodicy, de-conversion, sex and fat"